The first meeting of the EmPaci project team was held from 27-28 March 2019 at the premises of University of Rostock/Germany, i.e. the lead partner. Each of the partners send at least one person as representative to the meeting. This means that 18 persons from the 14 partners from 5 countries attended the meeting. In addition, a representative of ITMO University, St Petersburg/Russia also took part in order to discuss the potential involvement of Russian partners to the project.

The project was very proud also to welcome Karin Wohlgemuth, a member of the Union of the Baltic Cities (UBC), which is an associated organisation of the project. Mrs. Wohlgemuth also held the talk thereby introducing UBC to the project partners. In addition, also a project officer at Interreg BSR Joint Secretariat attended the meeting and also gave valuable advice regarding project administration.

The kick-off meeting was used in order to introduce our partners, prepare the status quo analysis, and collect first ideas about the citizen survey and the international network. The meeting can be seen as a first success of the project. 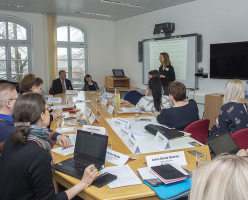 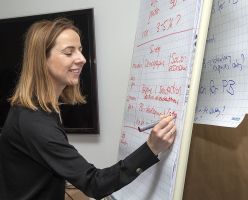 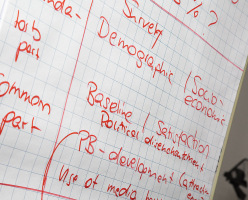 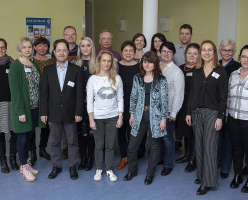 The first online meeting of the project was held three months after the kick-off meeting. The aim was to clarify any questions that came up during the fulfilment of the first tasks. In particular, the status quo analysis of participatory budgeting in the different pilot municipalities was clarified. Also, the preparation of the citizen survey was in the focus of the discussions.

The project is also already preparing multiplier events. Therefore, for example Jaroslav Dvorak from Klaipeda University will represent the EmPaci project at the workshop: "The value of the citizens’ participation for cities governance" at the XV UBC General Conference in Kaunas together with other project partners.

The second meeting of the EmPaci project team was held from 29-30 October in Krakow/Poland organised by the Regional Development Agency in Bielsko-Biała. Each of the project partners was represented by at least one person to the meeting. During the meeting, each pilot municipality provided an update of the status quo of its PB development process.

The implementation of the citizen survey in each of the pilot municipalities was discussed and the delivery of the survey results was agreed upon. With respect to the IT implementation of the participatory budget, the IT partners at the University of Rostock presented a Citizen Experience Journey with the example of one citizen through the participatory budgeting process. The goals were to give an overview of a possible interactions of citizens and the PB process by showing potential online and offline touch points within the process. The Citizen Experience Journey was followed by a discussion among the participants. In addition, other project activities such as the PB type groups and the international network were discussed and further developed.

The meeting also served as an opportunity for the first gathering of the steering committee of the project. 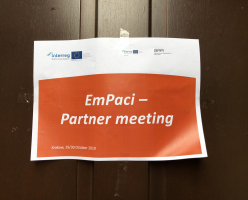 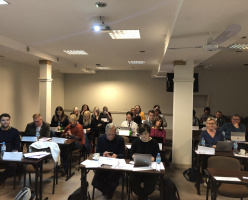