In the German municipality Bützow, a first citizen information event in took place. The event was organised by the NGO Pferdemarktquartier e.V., represented by Carsten Krüger from Bützow, i.e. one of the project partners. The aim of the event was to inform citizens from Bützow about the EmPaci project in general and participatory budgeting specifically. Therefore, presentations were held by Christian Grüschow (major of Bützow ), Katja Voß (project staff from City of Bützow) and Ellen Haustein (University of Rostock). After the presentations, questions were asked about participatory budgeting and a lively debate took place. The event was also used to inform about the citizen survey which will take place in Bützow from August to October 2019. First questionaires were already explained and distributed by Hans-Henning Schult (University of Rostock). The citizen survey serves as a basis for a needs analysis in order to develop the Bützow-specific participatory budget. The survey will also be conducted during the town festival from 23-25 August 2019.

During the 2019 Annual City Festival in Bützow, the EmPaci project was represented by an own booth organized by the Pferdemarktquartier Kultur and Region e.V. The members of the project informed interested citizens about the EmPaci project, about participatory budgeting and the citizen survey.

During a further evening, citizens were informed about the plans of the city of Bützow to implement participatory budgeting (see details of 1st event).

The 4th citizen information event took place in the rooms of the council chamber in the city hall of Bützow. The event was specifically devoted to council members but also citizens were attending. The members of the German project consortium Christian Grüschow and Katja Voß (both City of Bützow), Carsten Krüger (Pferdemarktquartier Kultur und Region e.V.) and Peter Lorson, Hans-Henning Schult, Achim Reiz and Ellen Haustein (University of Rostock) presented the project idea and discussed about a potential implementation of participatory budgeting in Bützow together with the citizens.

The slides of the presentation can be downloaded here.

The citizen survey of Bützow is available here. 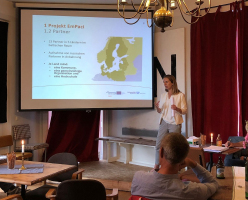 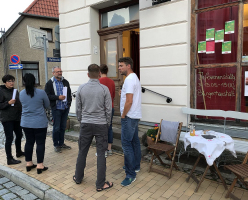 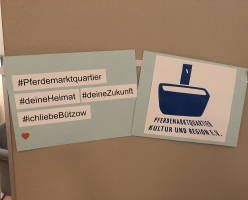 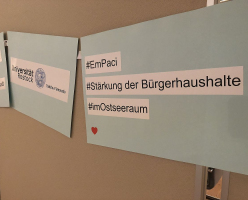 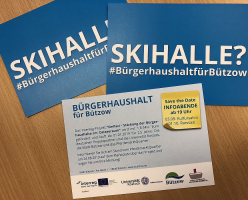